Lobsang Spire group is 5707 meter lies on Biale glaicer, Lobsang Bransa, directly opposite Urdukas camp and Lobsang Peak is 6,225 meter peaks lies on the western side of the Mustagh Glacier in the Karakoram mountain range, Gilgit-Baltistan.

Big-wall climbing came to the Karakoram in 1975 when a 13-man Italian expedition put up two routes on the Grand Cathedral and following year when the British lads climbed Nameless Tower in the Trango Towers. Big-wall alpine-style climbing arrived in 1977 on the main Trango Tower when the Americans Dennis Hennek, Kim Schmitz, Galen Rowell and John Roskelley climbed a fine route up the south face in a four-day push.

The best time to climb is May to September. After the expedition to the spire / peak, one can trek towards Concordia, which is referred to as the ‘Throne Room of The Mountain Gods’ for the giant peaks that lie in the region or one can head back to Skardu or over the Gondogoro la to Hushe Valley, which is considered one of the most beautiful route covering two different valleys in Pakistan for its green pastures and beautiful culture and heritage. 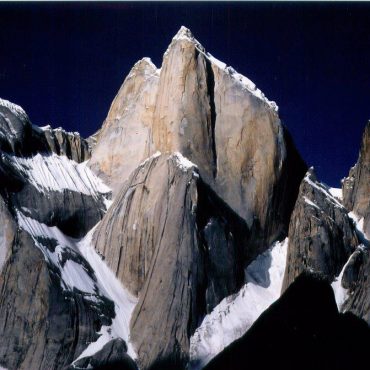 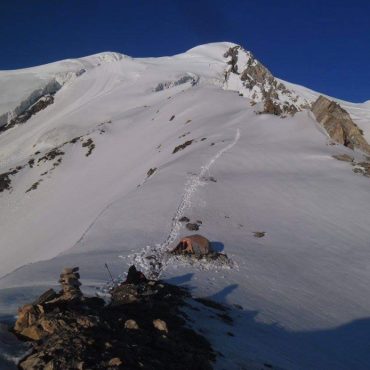