A river of pure white driven snow, less vast only than Snow Lake below, bounded on either side by chains of lofty nameless “Snow Kings” – Workman 1905.   The immensity of grandeur witnessed in this seldom visited region of the great geological upheavals exceeds one’s vocabulary. Located in the central Karakorams in the west […] 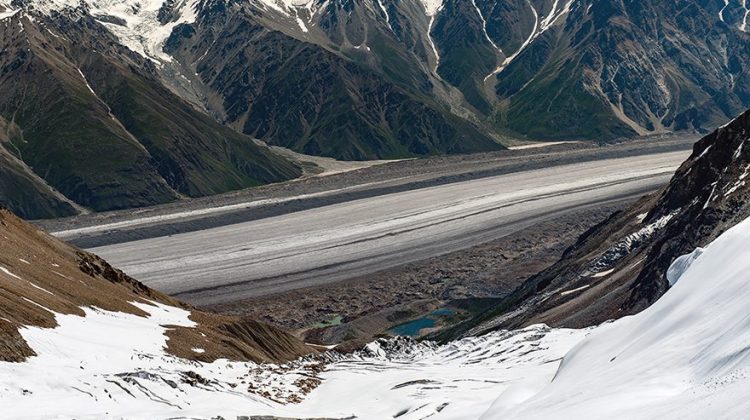 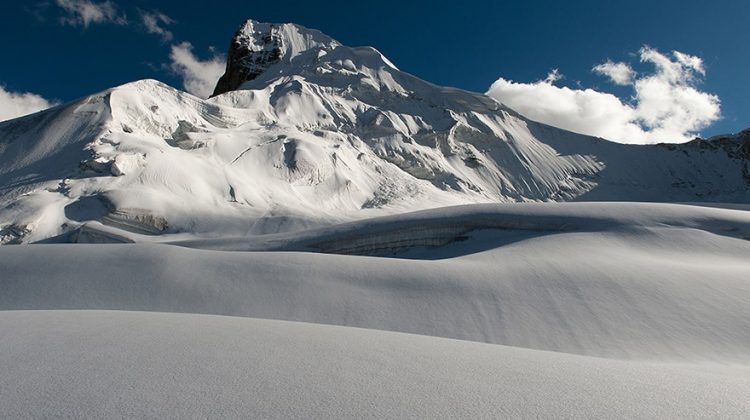 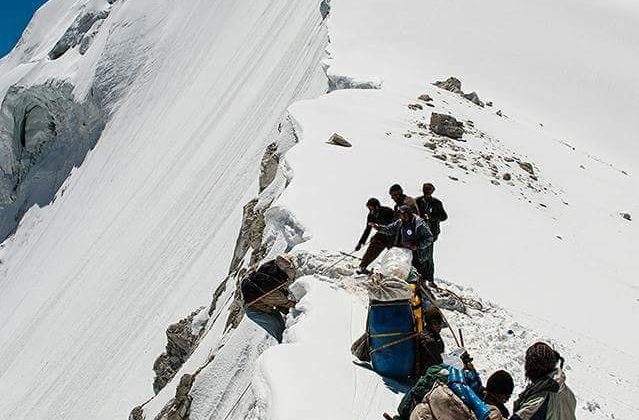 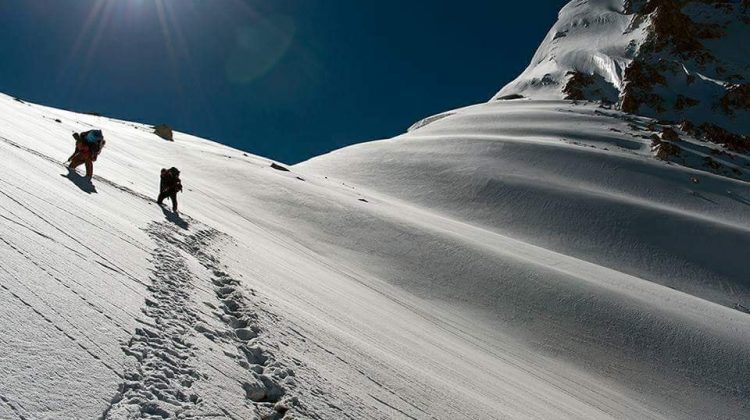 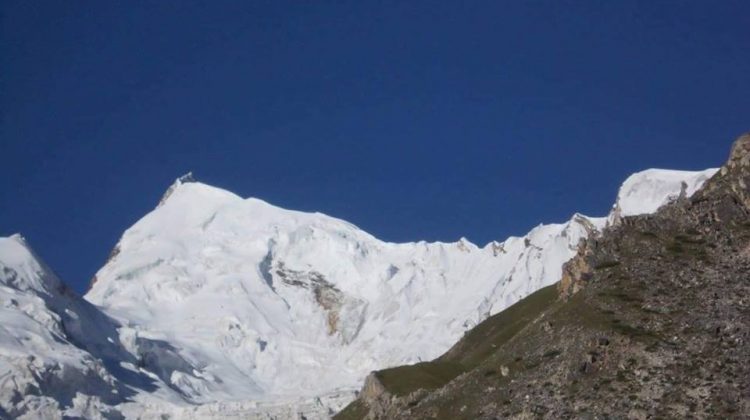 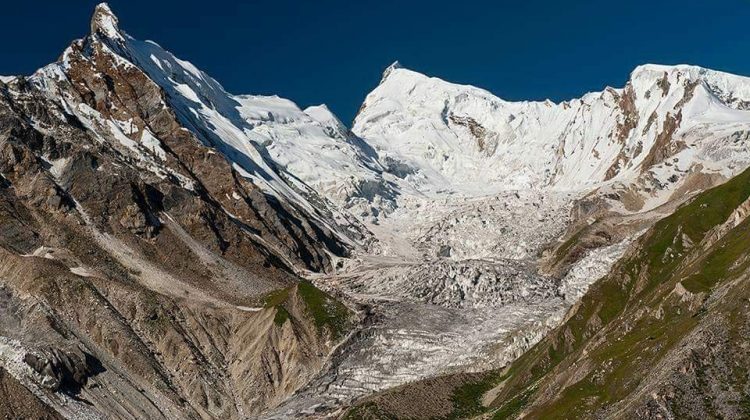 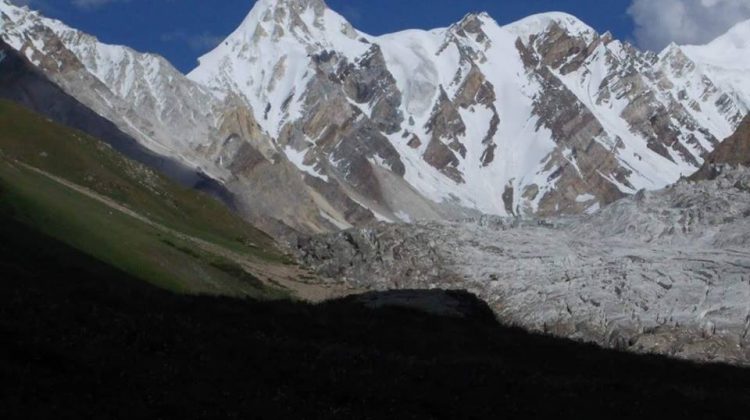 A river of pure white driven snow, less vast only than Snow Lake below, bounded on either side by chains of lofty nameless “Snow Kings” – Workman 1905.

The immensity of grandeur witnessed in this seldom visited region of the great geological upheavals exceeds one’s vocabulary. Located in the central Karakorams in the west of Baltoro Glacier, this magnificent land of pristine beauty was first explored by Sir Martin Conway in 1892. Later, the Workman Brothers made a similar un tapping in 1905 & further discoveries were made by Eric Shipton in 1939. The highlight of this trek is a great traverse across the Biafo-Hispar Glaciers – the longest ice corridor on earth, 116 Kms long. Our goal is Jamal Pass 5273 meters and Lukpo Lawo or the “Snow Lake” the biggest junction of glaciers on Earth, located North – East of these two gigantic glaciers. Encircled by unexplored & unnamed lofty peaks, it has a breath taking spectacle. The Workmans called Snow Lake “A huge basin of ice & snow that seemed in no way of this world.”

From Islamabad we fly over Nanga Parbat & Karakorams to Skardu – the Headquarters of Baltistan & gateway to the great monoliths of the Karakorams. After sightseeing Skardu Bazaar, Satpara lake & Khorpocho Fort, we leave for Askole the next day on jeeps & begin our major undertaking with dozens of porters. Watching the spectacular Ho Valley, Jamal Pass, Chakpo, Chongo Brakk, Mango Gusar, Namla Testay, Bardumal, Paiju, Sobla Brakk, Bakhordas & Soblang peaks – all from 5000 M to 6600 M, we follow the same trails the jeep track until Apoaligone does for the first day. Trespassing, We leave behind the human inhabitance & enter into an incredible wilderness of ice, rock & sky. We turn west onto the Ho Valley and Jamal Pass before desending down to Biafo Glacier – a huge river of ice 63 Km long which descends from the central peaks of the Karakoram & flows East into the Braldu Valley at a point about 10 Kms east of Askole. The glacier is dominated on either side by magnificent granite peaks. Baintha Brakk 7285 m being the highest over shadows Chuapisha 5361 m, Sosbun Brakk 6413 m, Latok 7151 m, Gama Sokh Lumbu 6282 m, Dongbar 6282 m, Gama Sokh Lumbo 6282 m, & many other peaks, all but above 5000 meters.

Workman remarked the Biafo, “Its crevassed windings trend ever onward toward a greater environing beauty till they merge into the vast white ball of snow lake, where the bordering heights spread out and join hands in a peerless cirque of weird ice – covered towers befit to bivouac the god spirits of the Himalaya….”. Arriving snow lake,one feels like wandering in a dreamland. The Workmans called Snow Lake “a huge basin of ice & snow, unique we believe in the Himalayas, the diameter of which is over six miles, encircled by unexplored & unnamed ice peaks from 20,000 to 25,000 ft. As the sun flung its last flames of fire on the towering ice pinnacles, & the purple fangs of what might be called the Himalayan Aurora shot upward from the dull horizon to the blue zenith, one felt not only the overwhelming beauty but also the intangibility of a scene in no way of this world.”

Sir Martin Conway, on first seeing Snow lake was moved to say,“The view ahead absorbed all our attention. It was beyond all comparison the finest view of mountains it has been my lot to behold. Before us a basin of snow, bounded to the North & East by white ridges, to the south by the splendid row of needle peaks & from the midst of the snowy lake roar a series of mountain islands, white like the snow that buried their glares, & there were endless bays & straits… the contrast between this blank plain & the splintered needles that jutted their 10,000 feet of precipice into the area gave so extraordinary a character to the scene….. I forgot headache, food, everything, in the overwhelming impression this majestic scene produced upon me.”  Depending on the physical ability & interests of the group we have allowed three days for exploration & minor climbs around the Snow Lake. 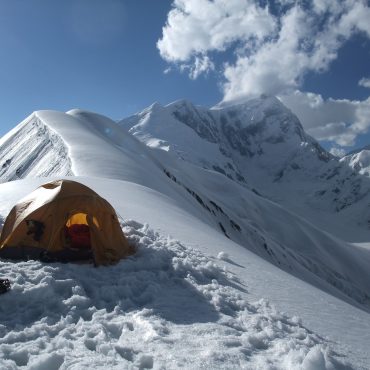 Only $
Not rated
Fixed departure 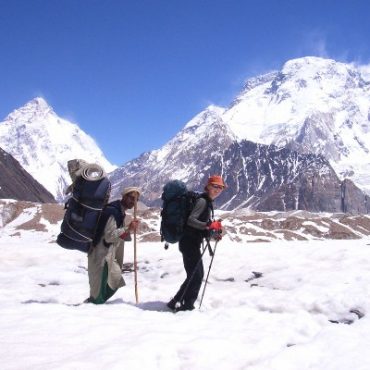 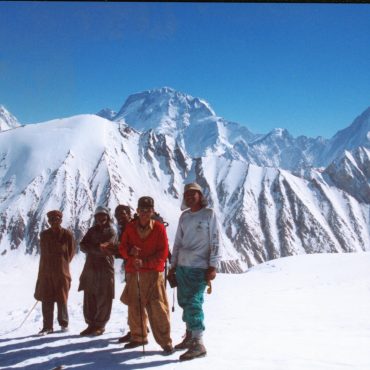 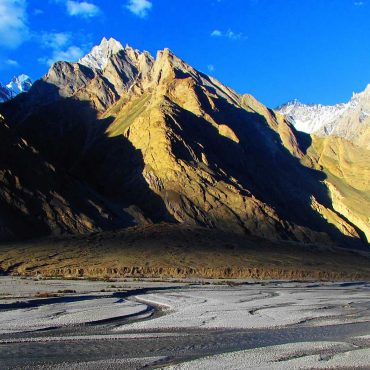