Best Tourist Places To Visit In Pakistan During Autumn

Pakistan is one of the most beautiful countries of South Asia if not the planet, it is also known as the Islamic Republic of Pakistan. According to reports and statistics, it is the world’s sixth-largest populous country with a whopping population of around 212.8 million. It should be also known that Pakistan is one of […]

Pakistan is one of the most beautiful countries of South Asia if not the planet, it is also known as the Islamic Republic of Pakistan. According to reports and statistics, it is the world’s sixth-largest populous country with a whopping population of around 212.8 million.

It should be also known that Pakistan is one of the few countries which actually get to experience all the four seasons and that too in accordance. Getting to experience all of the magnificent seasons is a very rare opportunity and not everyone gets to experience that, especially those countries that have only one or two seasons for the whole year. Seeing Pakistan’s importance and significance like that, it is known for the best tourist spot from the last couple of years. Tourists from all over the world travel to Pakistan to experience its breathtaking landscapes and scenery.

Although today, we would only be focusing on one particular season in mind and the best places for foreigners to visit during that season. Autumn is the season known for its vibrant colors and the exotic sceneries it provides. Just sometime before the winters, it is a perfect opportunity for travelers both national and foreign to experience the breathtaking landscapes of Pakistan.

With our extensive and detailed guide, we would be showing you which are the best places in Pakistan to visit during autumn for foreigners.

Hunza is one of the most exotic and beautiful valleys in the Gilgit-Baltistan region of Pakistan, and it is also known as heaven on earth, just because of its breathtaking scenery. As we dive into the most extensive details of this beautiful valley, it should be said that Pakistan is one of the most blessed countries on the planet as it has such a versatile and dynamic landscape. Not every country has an abundance of exotic waterfalls, mountain ranges, glaciers, and forests, it is certainly like the complete package. 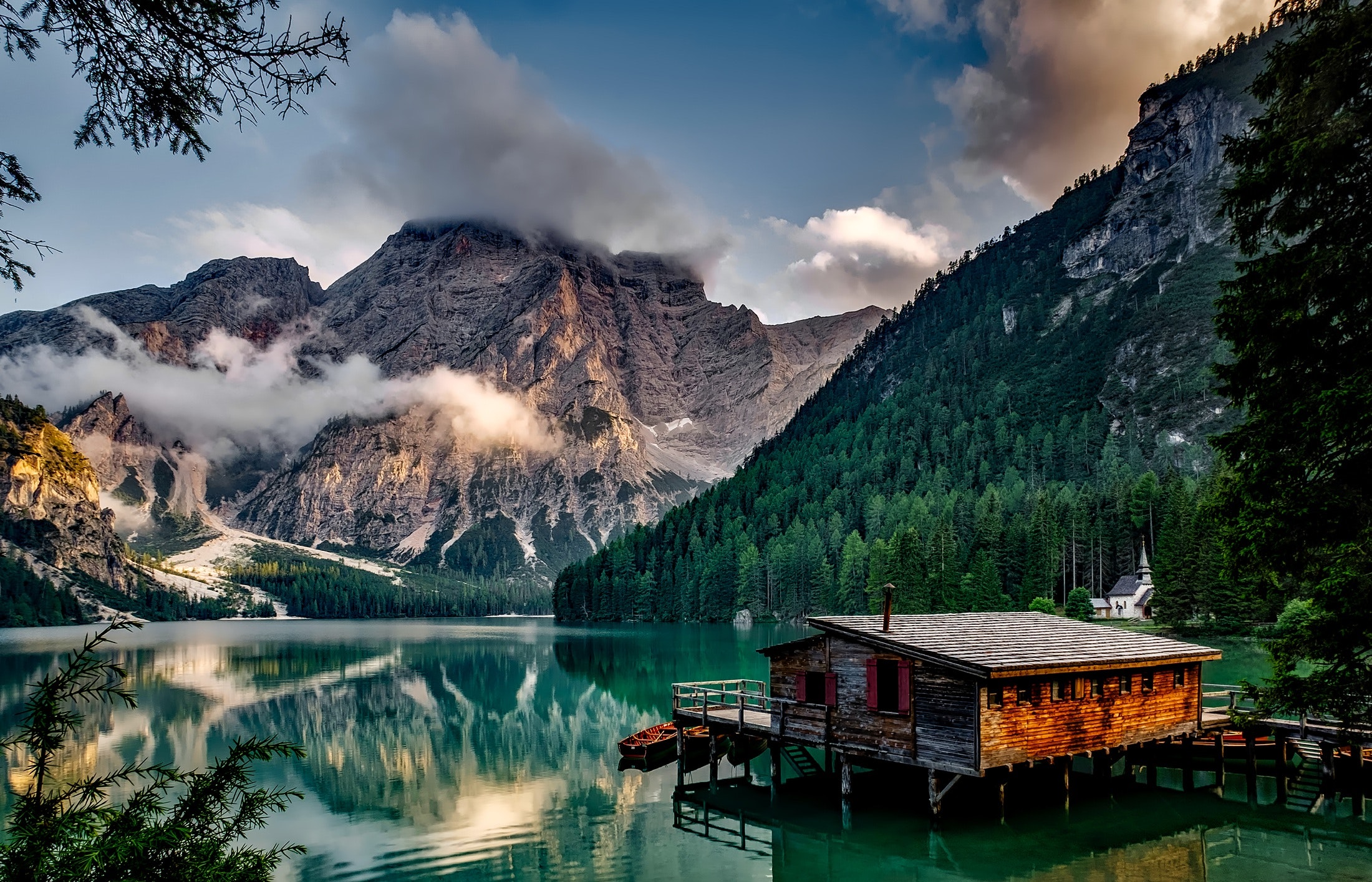 Hunza is safely branched between the breathtaking Himalayan and Karakoram mountain ranges, stacking up how much beautiful Hunza is, it has been one of the most sought out tourist location for a great while now. Autumn is that time of the year when we get to experience the huge array of vibrant colors and sceneries and Hunza is one of those perfect locations to experience this phenomenon.

If you happen to go there during this time then be very much prepared to experience something you haven’t seen before. This huge unique spectrum of colors would be there to welcome you and mesmerize you with all of its beauty. It isn’t something that has been seen or experienced before, so prepare to be amazed. It is not just the locations that you would be seeing but also feeling, that chilly air flowing in the atmosphere would make you gush and crave for a hot cup of coffee.

Hunza is between the connecting borders of Afghanistan and China, so going to either of those countries proves to be very closer from there. The main residents of the Hunza valley are a distinct race and speak the olden languages like shina and Burushaski, although don’t be worried here, English and Urdu are more than understood there.

One of the most amazing things about the residents of this valley is that they get to experience and enjoy a very long life span and that is because of their unique genes and lifestyles. They spend almost the whole of their lives doing hard work as either farmers or laborers and still don’t takes a toll on them, it is something truly remarkable.

These people are considered one of the friendliest and hospitable on the planet, so when you visit them, you would be allotted to the best of services and hospitality. As we discussed before that Hunza is one of those unique valleys that you can visit during the whole year but we would specifically suggest you visit it during the winters or the autumn.

When you finally visit Hunza, be sure to experience the sceneries of the ancient yet beautiful Altit and Baltit Fort.

Skardu is one of the most famous towns in the Gilgit-Baltistan region of Pakistan. It is also the actual capital of Baltistan and is situated between magnificent mountain ranges. The residents of Skardu are called Balti and they are a mixed-race between the Tibetan and local folk. Their native language is called Balti and that is an old variation of Tibetan.

The famous Skardu valley is also bordered between the Indian part of Kashmir and China, so it also holds very significant importance. There are many ways through which you can reach Skardu and all of them are up to your choice and comfort zone. You could always go for the faster route and get there via air, many airlines would be offering transit to the valley although it is only visible on normal sunny weather because when the weather is off navigation to the valley becomes increasingly difficult. Although there is a plus point here, while traveling there via air, you could see the killer mountain Nanga Parbat so that is a sight to behold.

Another route you could take is by road and that you can take from either Islamabad or Gilgit, take in mind though that this is the most scenic of routes. Although it would take you some time to get there between the duration of 8 and 24 hours, you would surely enjoy a lot. If you have friends or company to keep you company then all for the better as the journey would become much more pleasant than previously anticipated.

When you reach Skardu valley, know that there are a lot of places that you can visit and all of them would have the best of experiences. If you are a fan of ancient items and valuable antiquities then you can visit the K2 museum, it is near the K2 hotel and almost everything there is in honor and importance of the world’s second-largest peak K2.

Satpara and Shangrila Lake are some of the most exotic locales you can visit here in Skardu. Each of these lakes is surrounded by glaciers and magnificent mountains, all of the water is from those very glaciers. These lakes have crystal clear water, and there is actually a fairy tale that revolves around the Satpara Lake, so do ask the locals about it once you get there.

Don’t forget to visit the Deosai Plains once you get there, it is also known as the land of the Giants, because of their high altitudes and exotic scenery.

Khaplu is undoubtedly one of the most beautiful and calming locales of Pakistan, although the settlement over here isn’t that much large, it sure is very much beautiful. The locals of this area are as you would expect, loving and very much hospitable, this tradition of welcoming the travelers all around the world hasn’t actually changed from centuries and would continue to prosper even when a lot would have passed.

You have your two routes to take, either you could travel via air or the road, it depends on your comfort zone. The best time to visit here would be the spring and autumn season, so you can fully breathe in the beauty of the valley, although the winters get really harsh there in the northern areas.

The best places to visit while you are in Khaplu are detailed below:

The Khaplu palace was formerly known as Yabgo Khar, it was the local name given by the royal family. Although it was in pretty bad shape before, it has been restored and turned into a hotel by the Aga Khan Trust for Culture.

Khaplu has one of the most amazing mosques in all of Pakistan, and that one is the chacha mosque, it was constructed during the 13th century, so it is the oldest one in the region.

If you want to fully take in the experience of autumn then we suggest that you travel to macholo valley from khaplu, although it is just an hour drive, the fresh and seasoned apricots would be well worth the travel.

These were some of the most amazing places to visit in Pakistan during the autumn season. Although each one of them has their own unique beauty and significance, we suggest that you travel to all of them, to fully take in the experience.